In 1970, the captain of England´s football team, Bobby Moore, was arrested in Colombia under the false premise that he had stolen an expensive bracelet from a jeweller. In retrospect, he probably got off lightly.

When I was in Quito, the capital of Ecuador, something worse – much, much worse – happened. I was walking around the Old Town; an area renowned for archaic architecture. It was midday. I was near the Plaza Grande which could be called Quito´s equivalent to Trafalgar Square. In other words, it is the centre of the city, bustling with tourists and, supposedly, security.

So, picture this: There I was, minding my own business, when I felt something fall on my left arm. As I looked down, I felt something in my hair and the bottom of my legs. It was brown and fluid. ´Surely not´ I thought. But my worse fears were true: as I gathered a dollop of the substance in my hair and steeped down to smell it, it became clear that I had been attacked by shit – literally, faeces.

Before I had time to orientate myself, somebody was ushering me into a shop with a tissue, telling me to clean myself. ´How kind´ I thought. ´What a mensc h´. But he seemed awfully persistent in telling me to take off my bag (which I must add, also had excrement running down it). When I eventually did, he seemed to want to take it away. As I protested, another man swooped past the shop – which had no doors – and tried to snatch my bag. When I firmly took it back, he began shouting at me in Spanish, presumably complaining about the mess I had made.

In despair, I fled the shop and walked to a nearby square where I began to clean myself with wipes I had in my bag. I must have been looking away for less than three seconds before someone else tried to steal my bag.

So there I was, with shit infesting all over me, and it seemed as if the whole of Quito had their eyes gleaming over my bag. My guidebook states that The Old Town “is what makes Quito special in terms of sightseeing.” How so.

Even now, I am unsure whether Venezuela or Ecuador has the worse capital city. On the one hand, in Venezuela, the police mugged me. On the other hand, they did not throw shit over me.

I subsequently learned that it is a common ploy in Quito for thieves to throw mustard over unassuming tourists, hoping that they can snatch their bag amidst the locomotion. I obviously received the professional treatment.

The good news, at least, is that I still have my bag.

Things seemed to be going fine before the curious incident of the faeces in the day-time incident. Bogota, the capital of Colombia, was pleasant to walk around – or at least the Downtown area was. It has spacious plazas juxtaposing with nearby cobbled streets and the city seemed to have a thriving purpose without ever feeling unsafe.

I embarked on a daytrip to the Zipaquira Salt Cathedral with Roland, a friend of Cheryl´s from Caracas. In comparison to the solemn and striking sight of the cathedral buried underground – which despite being somewhat of a tourist trap was fascinating to behold – Roland was a boisterous and gregarious guy to spend the day with. We also ate the best steak I can ever recall laying my eyes upon (not that I eat steak often, mind you).

That evening I trawled my bags across the city to meet Roland and his friends in a thriving area of Bogota before leaving for Medellin. The conversation was interesting until one friend, Wilder, began screaming and flailing that I must leave ´now´ – as in that second – in order to catch my bus. So hurried into a taxi with Roland´s and Wilder´s support and soon was on my way out of Bogota.

Medellin is the most interesting, diverse and beautiful city I have hitherto visited on this trip. It is also, coincidentally or not, the plastic-surgery capital of the world. Each of the city´s districts had a unique vibe, ranging from the spacious commercial centre to the leafy resort-like El Pobaldo. The highlight was undoubtedly Puiblito Paisa – a viewpoint offering picturesque viewpoints over the city.

After Medellin I visited Salento which is in the heart of Coffee Country. Salento itself was a quaint hamlet which has based its economy upon tourism. The highlight, however, came when I trekked through the thickets of forestry in Cacora Parque alone. The Parque had numerable rickety bridges without support which you had to cross over small but gushing river streams; thankfully, my balance whilst trekking is better than whilst playing football and I managed to not to fall.

On the walk back I also met Dave and Becks, an affable couple from Ireland who have the most unique plans I have yet to encounter: in a few months time they will be volunteering for a year in northern Canada to help support the Inuit tribes there. And who says backpacking has lost its de rigueur!
Later that day I also toured a coffee farm. The views were blissful; the coffee was average. I guess it shows: I miss my chai.

Then, I went to Quito.

My main reason for going to Ecuador was to visit the Amazon Rainforest before meeting up with Georgie (King) in Peru´s capital, Lima. Short of time, I realised that I had to book my ongoing bus to Lima in advance. However, whilst the travel agency guaranteed that I would be able to visit the Amazon and arrive in Quito in time to reach my connecting bus to the border four days later, it later transpired that this was not viable. Thus, I had to run around the New Town – not the safest of places at the best of times (although, there is seemingly never a best of time there) – trying to find an alternative bus company to travel with. This also happened to be on the day I had shit thrown over me. It was also raining. Heavily. Never have I encountered pathetic fallacy personified so acutely.

Besides the incident in Quito – you should know which one I am referring to by now – it was still a ghastly city. It never bodes well when locals incessantly warn you not to take any valuables, or much else, out with you. Even in the New Town, outside of one small square with upmarket bars (and by small, I am referring to something no larger than the size of lorry truck), the city had a pernicious and perilous air. It seemed as if I was under siege.

Outside of Quito though, Ecuador seemed more pleasant. I hiked up to the bottom of the glacier of Mount Cotopaxi – Ecuador´s highest active volcano.
The Amazon Rainforest was also beautiful. I visited the area in the Oriente part of Ecuador – or more specifically, Cuyabeno. There, I saw an array of wildlife including anacondas and monkeys, fished for piranha, walked through the jungle in the day and night and swam in a warm lagoon with Caiman lurking underneath. The four days passed quickly, not least because of Robert, a towering and confident, but considerate German student who had spent the past year in Quito.
Back in Quito, I managed to arrive in time for my bus to Guayaquil, which I cannot comment upon bar its magnificent bus terminal. From there, I took another bus to the border and onwards to Lima. I had been travelling for close to 48 hours by the time I arrived. Hoorah!

Lima, despite the plethora of pitiful descriptions of it I had heard, was nice. The downtown district was industrial, but I never felt unsafe and it had a pleasant aura about it despite the blaring traffic. Miraflores, the area where I resided, was as safe as a remote Fijian island.
Georgie arrived on time and immediately it became clear how bereft I was without speaking Spanish.

We spent the following day in Lima before taking a luxurious bus (sans the bellowing baby which threw up in the middle of the night) to Ayacucho where we are now.
Cusco tomorrow, then the Inca Trail, then who knows. Time is short. But everything is great. Bar the flying shit, that is.

P.S. Comment by scrolling to the bottom of the page after either clicking the title to this post or by clicking HERE.

P.P.S. After my first post from this trip, I have received several threats from people in Venezuela due to my recollection of the ´courting´ incident. They told me never to write about Venezuela or Caracas again. So, I will not. Instead, here is the better part of the last message they sent to me:

“The worst is that u dare to make laugh of me…. Yes, i know what`s mean Court, also, my english friends, who by the way are real gentleman, read ur blog! also the comment of ur friends about me trying utmost to court you!
So, this is my advise, delete everything about Caracas written by u….. everything!
If we (me, my mother, my venezuelam friends, my friends all over the world) find a little word about Caracas, about me, my friends will go to the police in england!
They also will go to The low College, to ur work… they gonna say how ungratefull you are!
Do never write to my friends! never! never to anybody about me! never about Caracas!
Do as u never had been here.
Cause the world is smaller than u think, and if u continue saying things about me… MY friends will kick ur ass and this time u will PASS OUT! REALLY, U WONT NEED ACT.
u don´t know whith who u got troubles, im a lovely girl who have friends around the globe.” 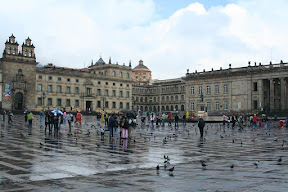 This is made from salt – Zipaquira Salt Cathedral 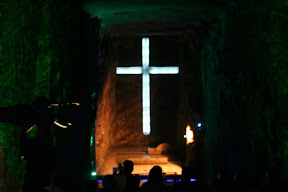 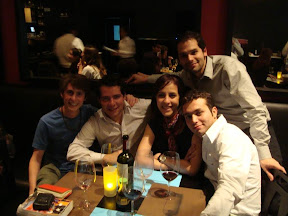 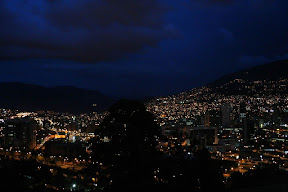 The PC is unfortunately running too slowly to add more pictures to this post. View the gallery here: